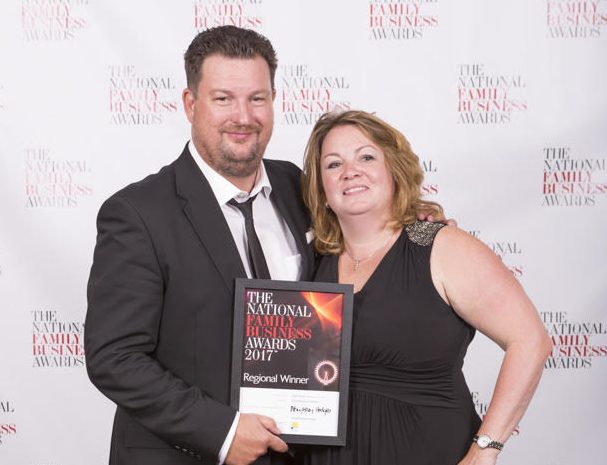 Hertfordshire entrepreneur, Peter Smits and his company, Ashbourne Insurance have been recognised in national and regional business awards.
Peter Smits, managing director of Ashbourne, has been crowned Entrepreneur of the Year in the South East in the National Family Business Awards 2017. The presentation was made at Wembley Arena at a Gala Dinner on Saturday, 15th July with guest of honour, Olympian Jamie Baulch. 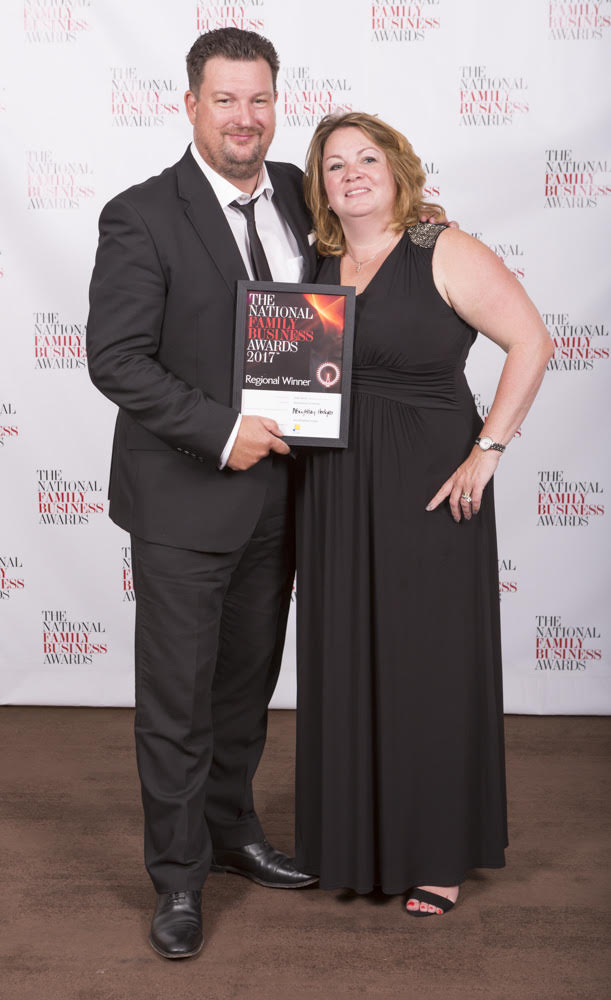 Peter also came runner-up in the SME Herts Business Awards 2017 on 26th July, held at the Watford Colosseum in the Entrepreneur of the Year category; whilst an Ashbourne customer, Abi Purser of Longcroft Luxury Cat Hotel won that title. By chance, Abi (Welwyn Garden City) had also been a contender for Entrepreneur of the Year title South East at The National Family Business Awards.

The company also achieved the title of Business of the Year East Herts in the Inspiring Hertfordshire Awards 2017 earlier in the year.

Peter Smits has headed up the company, based in Hoddesdon, with wife Sarah and brother-in-law Matthew Hunt since 2008.

He said: “We are immensely proud to have stuck to our roots and continued with the traditional approach of offering a very personal service to our customers. People are at the heart of everything we do at Ashbourne and that is what makes us the insurance provider of choice in the area. The company is not only run by a family team, but we see every member within the organisation as family and that’s why they stay with us long-term.

“For our hard work and commitment to the people around us – both customers and staff – to be recognised on such a competitive platform is wonderful. It also goes to show that while moving with the times and technology is important, keeping those age-old values at the core of what you do is vital.”

The National Family Business Award judges said: “We felt the culture and values presented by the team at Ashbourne Insurance really encompass what it is to be a family business. Those values are driven throughout the team by Peter, highlighting what Peter and the family hold dear is also reflected through the wider team.

“Holding on to that ethos as the company has grown in size can have been no mean feat and shows that family really is at the heart of what they do and have achieved.”

Olympian Jamie Baulch was the guest of honour having himself worked in his father’s business.

Award-winning, family run Ashbourne Insurance offers a wide range of business and personal insurance along with a claims advisory service. It is authorised and regulated by the Financial Conduct Authority (FCA).