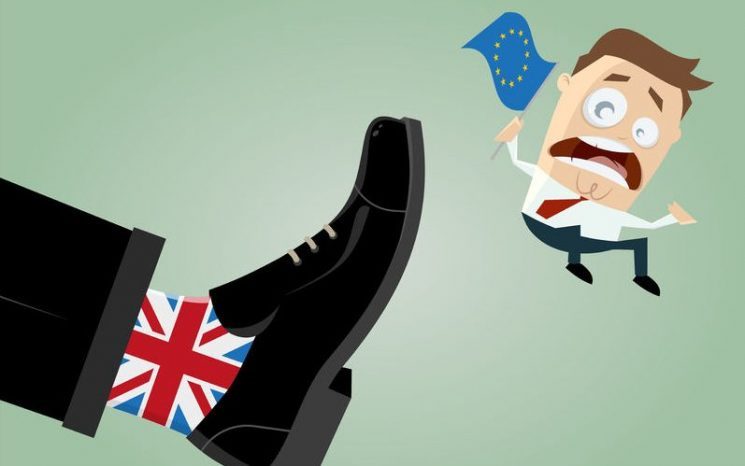 Shares in London-listed insurance firms have taken another tumble today as analysts try to judge the damage that Brexit could inflict on their customer base and investment portfolios.

Insurance firms, while suffering less than the British banks in the aftermath of the referendum, are exposed to the global financial markets through their investments and generate sales that are dependent on the broader UK economy.

Aviva issued a statement as the stock market opened to reassure investors that its balance sheet remained strong, despite the asset price ructions following Friday’s vote to leave the EU.

“Aviva has one of the strongest and most resilient balance sheets in the UK insurance sector with low sensitivity to market stress and over the last four years Aviva has tripled its economic capital surplus,” the firm said.

After adopting an internal capital model to meet the European Solvency II rules in January, Aviva said its capital ratio remained “close to the top end of its working range of 150 to 180pc”.

Aviva’s shares fell 4pc by 11am, worsening the pain after a 15pc drop on Friday.

Analysts at Macquarie said the slump “reflects the Aviva balance sheet of three years ago rather than today”.

The analysts pointed out that Aviva has recently made efforts to stabilise its balance sheet by selling off distressed property loans and paring back its exposure to volatile equities. “While we do not believe Aviva has a ‘fortress’ balance sheet, it does offer a compelling valuation and dividend yield,” they said.

Aviva made 23pc of its earnings from Europe last year, the most of all the London-listed insurers, and France is its largest market outside the UK. The firm bought life insurer Friends Life for £5.6bn last year to improve its capital position and diversify the business.

Canaccord Genuity, meanwhile, cut its share price targets for Aviva and Legal & General by a fifth, with smaller reductions for other insurance groups, which it sees as less vulnerable to a shock from the fall in many global assets following the referendum result.

“We have lowered our price targets effectively to reflect a higher cost of capital, with the biggest price target cuts for those most sensitive to the macro environment,” said Canaccord.

RBC Capital Markets analysts said Legal & General, as well as the specialist bulk annuity firm Just Retirement Partnership, were among the most vulnerable firms to Brexit.

As well as predicting a pause in sales growth during a period of economic uncertainty, the analysts said a protracted spell of low interest rates and bond yields would impair the insurers’ investment returns and make individual and bulk annuities even less attractive to British pensioners.

“Uncertainty will continue for some time following the Brexit vote and we expect UK defined benefit pension schemes to slow the rate at which they transact with bulk annuity writers,” they said.

On the bright side, the analysts added that the Lloyd’s of London insurance market, which covers large global risks such as hurricanes and plane crashes, should be “relatively unaffected” as most of its business comes from the US.